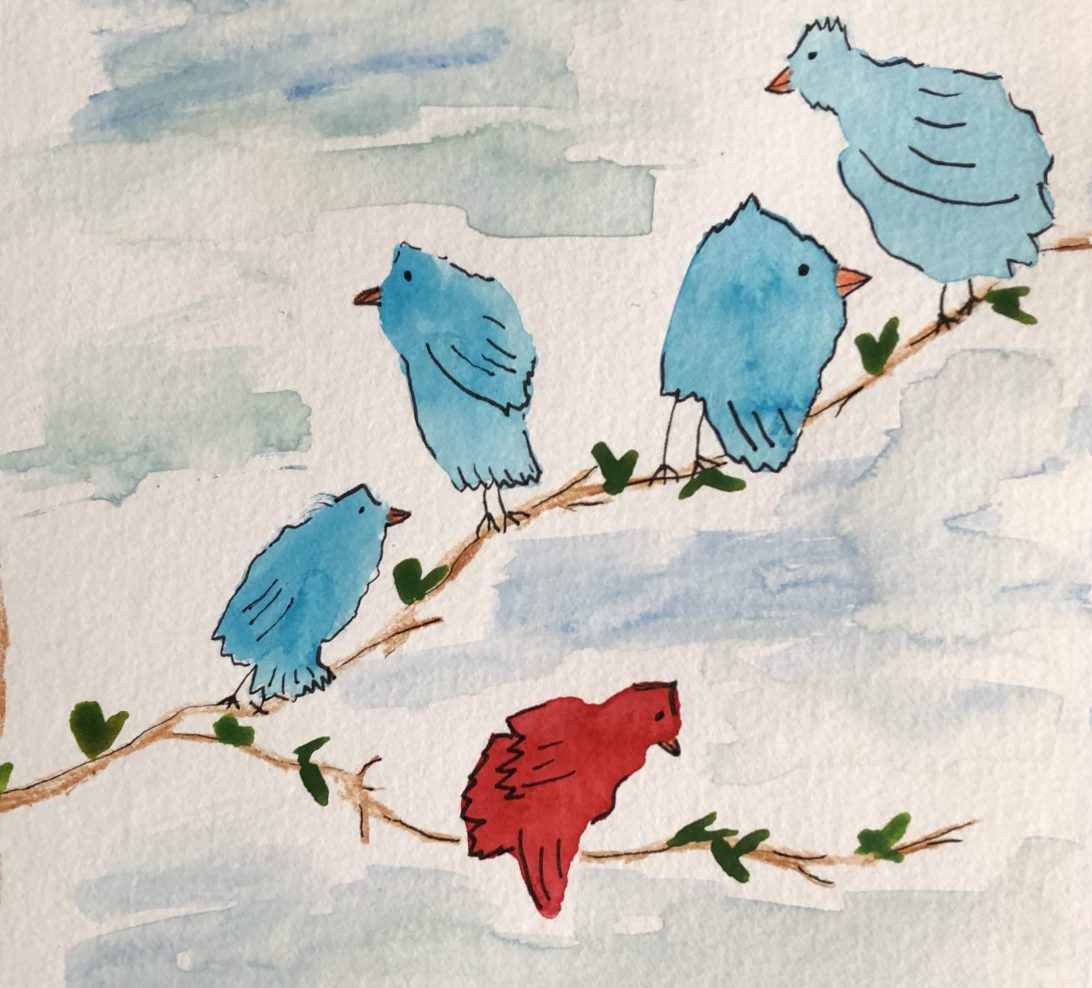 It was the mid-seventies, and I was a student at Maude Trevvett Elementary School. I have some pretty good memories about elementary school including, but not limited to:

–Mrs. Hargrove, my kindergarten teacher, letting me sit atop a table and count aloud to 100. I remember feeling smart and proud, and she acted like I was the only one in the world who could do it.

–The bus stop at the end of Leslie Lane, which always hosted an assortment of neighborhood nice kids and not-so-nice kids. As the youngest of five, I mostly felt protected, but there was always an element of surprise.

–Alice in Wonderland, the play we put on in fifth grade. I was the white rabbit, and I got to sing “I’m Late, I’m Late, for a very important date…” in what was definitely a snowman costume borrowed from a smaller kid. Read: pudgy hare. Also, my dad made me an awesome giant clock on a chain to hold during my solo. I remember that Kathy Davis was Alice, because man, could she sing.

–In third grade, me and Lisa and Thomas made a phonograph for a social studies project. It was constructed from a cardboard box, a lot of foil, and probably some super toxic spray paint. We were celebrities, because my name was in the paper and the two of them got their picture in the paper “listening” to the phonograph.

–Fourth grade. Mean teacher who shall remain nameless commented aloud about my weight when I came back from the nurse with it written on a piece of paper. Not cool, mean lady. *jots note for therapist appointment*

Anyway….overall it was a pretty good experience, and there is one memory that stands out among them all:

**Names have been changed to protect the awesome. 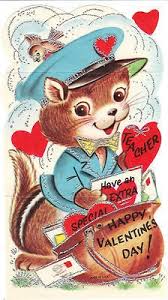 It’s important to know that schools handled holidays a lot differently back then. We had full on parties with mountains of delicious, sugary, gluteny, trans-fatty, processed treats. They were made by moms, and I never remember a single hesitation about food that came from other people’s houses. We drank giant cups of Red Dye #40 while snorting Pixie Stix, and there was a high fructose corn syrup fountain to dip stuff into. We had no regrets.

The other important consideration is that kids (at least in my neighborhood) did not get treats like that all the time–only special occasions. There was no driving through for chicken nuggets or random cupcakes on a Tuesday. No if-you’re-good-in-the-grocery-store candy. Only holidays. Even school lunches had rules; the good stuff (hohos, candy, Hostess cupcakes, Doritos) were only for field trips. The brown bag standards were ham with mustard and maybe some fruit or an oatmeal cream pie. All of this meant that school holiday parties were a big deal. You did not get sick. You did not misbehave. You had to make it to the party–which was at the end of the day, always, because the teachers weren’t idiots. They loaded us up with enthusiasm and colorful toxins and then gratefully crammed us onto the bus to go home. Good luck, suckahs! 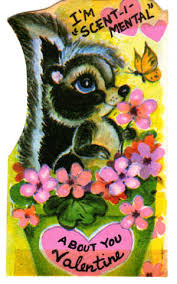 We’d all made it to lunchtime, and the excitement was growing, because the Valentine party was shortly after lunch. Now remember, in addition to the anticipation of the Sugar Showdown, was the ever important SELECTION OF THE VALENTINES. Our parents bought us (from K-Mart, probably) one box of Valentines that included various sizes of cards and a teacher card (not like today where every single card is tiny and exactly the same–lame). Filling out Valentines was serious business. One had to consider the message on each card. Who would receive the sheep with hearts asking “Will EWE be my Valentine?” And which boy or girl would receive the biggest one in the box? And if the card had the word LOVE on it, well…crucial decisions.

Never mind the construction of a valentine box big enough to hold what was sure to be the mother lode of enormous valentine cards and treats. Seriously, I remember thinking, Curse you, tiny shoe box that housed those Buster Browns purchased in the Sears  kids’ department! If only Magic Johnson’s shoe boxes were lying around–HE had some big feet. Maybe your box was shaped like an animal or a rocket, or maybe it was covered in stickers or had wheels like a race car. And on this holiday, there was serious potential for every third grade girl’s best friend… GLITTER!

So anyhow, lunch was wrapping up. During lunch on this particular day, my table mate, Jerry, was fortunate enough to have a box of Red Hots (tiny, spicy cinnamon candies) in his lunch. Who knows why. Maybe his parents had given him a Valentine present after breakfast. Maybe his Meemaw had mailed a package. Whatever the reason…HE HAD CANDY. This elevated him to a lunch table status of at least Prince. It would’ve been King if he’d shared, which I don’t recall him doing. None of us cared, because we knew that we were minutes away from the pink frosting smorgasbord.

Maybe Jerry ate some of his lunch–I can’t remember. But boy howdy did he eat those Red Hots like they were going out of style. It was a regular-sized box, which means it was probably enough for six or seven people, which means that most kids would definitely wolf down the whole thing all by themselves in one sitting. That’s what he did, and again, who could blame him? CANDY.

While we waited with peanut-buttery breath for our table to be called, Jerry started to look…funny. His brow furrowed and his mouth turned down. He clasped his lunchbox, adorned with the logo of Some Cool Show from the seventies, tightly in his hands until his knuckles turned white. He was sweating profusely.

“What’s wrong, Jerry?” I asked, which was a risk, because we were supposed to wait quietly. He didn’t answer.

Another friend questioned him, “Are you OK? You look kinda sick.”

Jerry’s eyes grew large, and a wave of panic painted his round face. PEOPLE WHO GET SICK AT SCHOOL CAN’T GO TO THE VALENTINE PARTY. Jerry quickly shook his head at us as if to say, “SHUT UP.”

No giant Valentine from that prettiest girl who has definitely chosen him this year. 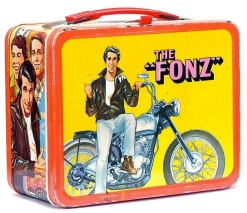 We stayed silent. Tables near the front of the cafeteria were standing up and making the walk to empty their trays and lunchboxes into the big green trash barrels near the door. And then it happened.

Jerry barfed into his lunchbox.

Wide eyes all around. Jerry threw up quickly, and somehow silently, into his plastic lunchbox. And then he closed it. He said nothing. We said nothing. It was almost our table’s turn to get up.

The exhausted looking cafeteria monitor arrived at the end of our table, and we all stood. Jerry rose bravely from his plastic chair. He was stoic. I know for a fact that he was right in front of me in line because just as Jerry started to pass the teachers’ table, it happened. A thin, bright pink, line of red hot cinnamon vomit trailed behind him as he walked toward the door.

The amazing thing–aside from incredible, now King status, Jerry, who had so far survived this debacle–was that not a single kid said a single word about the barf trail. Not the older kids, not the tattle tails or brown-nosers, and certainly not Jerry’s friends. We knew the truth–Jerry MUST get to go to that Valentine party.

In a magnanimous display of solidarity, we all zipped our lips as Jerry’s lunchbarf trailed down the aisle of teal-green tile into line, and then out into the tan tile hallway that headed to a veritable treasure trove of Valentine Delights. We were quiet, but in our third-grade hearts we slow-clapped and chanted, “JER-RY! JER-RY! JER-RY!”

By the time we made it to our seats, Jerry seemed more like himself, due to the barf-and-better rule. God only knows what he did with that lunchbox, or what his poor mother encountered after school. Was there a bus barf trail? Did he keep that lunchbox? So many questions.

The Valentine’s Day party was all we hoped for; cheesy games, corny love puns, an irritated teacher, and a stomach ache’s worth of goodies. Mission accomplished.

As for King Jerry of the Red Hots, his Pink Mile tale will go down in history as the greatest of elementary school Valentine feats.

Consider this remarkable yet cautionary tale when you find yourself alone with a box of candy. And if you just can’t help yourself… 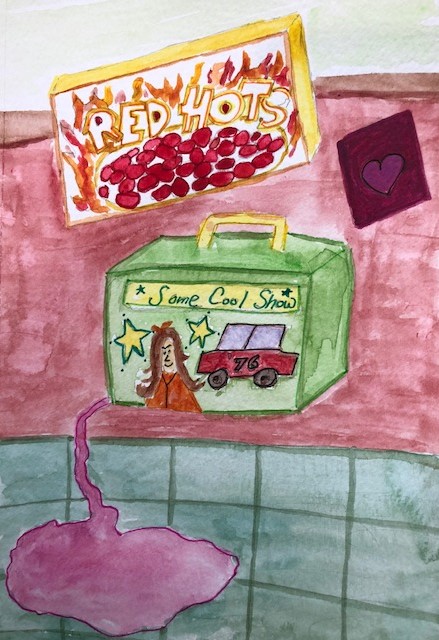